I forgot to post before I went, but I recently gave a presentation on “Pirates and Women in Nineteenth Century American Literature” at the monthly program for the Aldus Society* in Columbus, Ohio. I had a great time chatting with everyone about pirates (real and fictional) and sharing some of the fun facts and interesting stories that I’ve learned through my own research. As an unexpected bonus, my conversations with the attendees introduced me to new piratical pages, including a play about Anne Bonny and Mary Read and 20th-century firsthand account of meeting the Chinese pirate Lai Choi San.

Putting this presentation together also reminded me how many of the nineteenth-century piratical pages are digitized, giving you the opportunity to read them for yourself. Here’s just a handful of stories that I covered in the presentation with links:

I hope you enjoy perusing these piratical pages!

*The Aldus Society is a gathering of Central Ohio book lovers and a member of the Fellowship of American Bibliophilic Societies. They host public programs on different topics throughout most of the year. If you’re in the area, you should check out their upcoming programs!

A couple of weeks ago, I was disappointed to learn that I would miss Laura Sook Duncombe speaking at the North Carolina Maritime Museum. (I would miss it because it was happening the next day, and I don’t live anywhere near North Carolina!) However, on the plus side, I remembered that I wanted to check out her book Pirate Women: The Princesses, Prostitutes, and Privateers Who Ruled the Seven Seas. 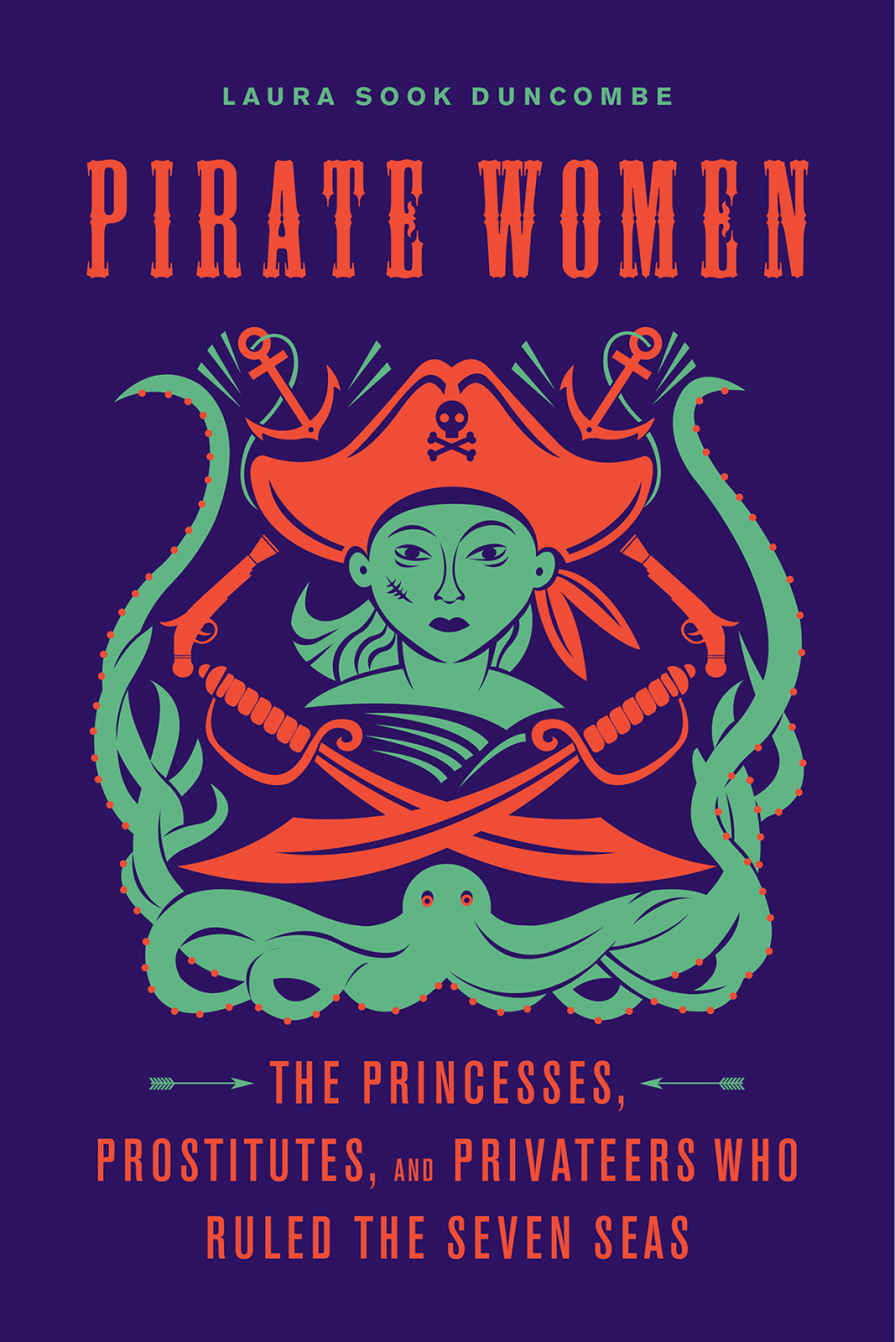 Remembering that I wanted to read it caused me to go looking for it again (it hadn’t been yet released the first time I came across it), and I discovered that it was available through my local library as an audiobook!

Initially, I was interested in this book because I enjoy learning about history and female pirates are of particular interest to me, although I usually study the completely fictional variety. I expected this book to focus more on sorting fact from fiction to determine the as-accurate-as-possible lives of historical pirate women. I was pleasantly surprised when I reached the end of the introduction, and the author stated that she wasn’t all that concerned about separating the factually based aspects of these women’s lives from the myths and legends. Instead, she was interested in the stories surrounding these historical pirate women. Now, I’m even more invested in listening further because I’m intrigued by this idea of approaching historical figures by thinking about how we (or other people in other places and eras) choose to tell their stories.

If this sounds like something you’d be interested in too, find a copy in whatever format, and read about pirate women with me!

Many nineteenth-century pirate stories are not read or remembered today because they were published in cheap formats such as the story paper, which tend not to survive over time. I was able to track down one of these ephemeral items–an issue of The Flag of Our Union from October 14, 1848:

Story papers had a newspaper-like format, but they were filled with serialized stories, poems, small editorials, and the like. They were distributed by a wide network of agents throughout the United States, which aided their popularity because they were easy for people in many different places to access.

As you can see from the picture above (with me for comparison), The Flag of Our Union was a very large single sheet of paper covered with small type. The Flag was started in the 1840s by Frederick Gleason, so this issue from 1848 was fairly early. While it had competition from many other story papers, the Flag was very popular, especially in its early years.

The featured story, “The Child of the Wreck: or, The Stolen Bracelets” (pictured above), looks like it might include some sea-related backstory, which has the potential to involve a pirate or two. However, in this issue, I am most interested in the story on the back page “Anna Archdale: or, The Lowell Factory Girl”. While it doesn’t appear at first glance to be piratical itself, the author, Harry Halyard, wrote several pirate stories that were published in the Flag. Even if no pirates appear, I’m curious to see if any of the characters in either story exhibit piratical traits. I’ll let you know what I find when I read them!